I moved to Korea in August 2009 and I have not looked back. It was one of the best decisions I have ever made. Sure, it has had its ups and downs but my experience here has been an absolute thrill.
Relocating to a new country and one with a language barrier is a huge decision. There are a number of factors to consider, therefore, extensive research is vital. I researched about teaching ESL in Korea for a year before I actually filled out an application. I remember how nervous as I filled out my details on the online application form of a recruitment agency based in Canada. A few days after completing my application I received an email from the agency saying that my application was successful and I qualified for a telephonic interview. I was over the moon (I tend to celebrate every little victory). The interview comprised of three questions which were in the form of case studies. They did not ask me any of the "regular" interview questions. I felt a bit weird after the interview, sort of like a gut feeling that result will not be positive. A week after the interview I received an email from the agency saying that I was not successful and that they could not disclose the reason but they wish me well in my future and they gave me a list of other agencies I could contact. I was disappointed but I got over it, I realised that maybe I needed more time to prepare myself to leave the comfort of home. After the disappointment of my first failed attempt of coming to Korea I stopped trying for a few months. In that time I managed to get a new job in the media field because that was my initial goal; however, my joy was short lived as it was not as fun as I had made out to be in my head. I was there for a week and my Korean dream came back to life. A friend of mine put me in contact with a lady in Cape Town, South Africa who was recruiting people. I contacted her via email and we communicated for a few weeks. I sent her my resume and she managed to find me a position in Korea. Within a few days she had a contract for me to sign, no interview, no requests for a mountain of paper work...it all seemed too good to be true. I flew to Cape Town to meet with her and go over the contract. My aunt who is quite business savvy came along with me. I read the contract about three times and analysed every last word because I had a researched and researched and researched some more about Korea so I was quite aware of scams and ill-practices. And lo and behold I found a huge deal breaker. According to the contract I had pay my ENTIRE first month's salary to this lady as commission . That right there screams SCAM!!!! According to several sources YOU SHOULD NOT PAY ANYONE ANY MONEY in exchange for them finding you a job... Which resulted in me turning down her offer but I got a good weekend in Cape Town at the end of the all the contract drama.
My second disappointing attempt did not kill my dream. I was more determined than ever to come to Korea. By this time I was smarter and knew exactly what I wanted. I searched through a number of different agencies and finally I struck gold with an agency based in Seoul, Korea (http://www.worknplay.co.kr/). I communicated with the wonderful people at this agency for about and things were looking very promising. They sent me a list of locations to chose from and an application form. I researched about the different locations before settling on my final destination, filled out the application and within a month of back and forth emails I was successful in qualifying for a telephonic interview. I was filled with such confidence during my interview which resulted me chatting to my interviewer as though he was my long time friend. A week later I received my much anticipated "congratulatory" email. I left home in August 2009 and have not looked back since. The journey here was a long one not counting physical distance...Just the stress and emotion of relocating and not falling prey to a scam. I hope that your move is a smooth one. 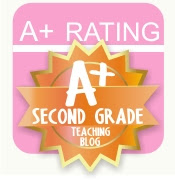